DiFilippo Holistic Law Center is a public charity non-profit law firm based in Austin, Texas that is dedicated to breaking down barriers to justice for individuals who represent themselves in court. We offer civil legal representation based on affordable flat-rate fees.

Our holistic approach empowers pro se individuals—those who are representing themselves in court—by providing the education and tools to successfully access the judicial system. In addition, we offer resources which connect Texans to other service providers, such as domestic violence advocates and social workers, to address problems beyond the technical legal issues.

We provide limited scope legal representation, meaning representation by an attorney of specific elements of a legal matter that an individual representing themselves is unable to handle on their own. Such matters may include providing legal advice and court coaching, preparing and reviewing documents, and appearing in court.

With DiFilippo Holistic Law Center, individuals have access to legal support through a virtual online platform and in-person meetings with an attorney if necessary. Our goal is to ensure that Texans can easily receive the representation they need to navigate cases of civil law at affordable rates.

In addition to services for individual Texans, DiFilippo Holistic Law Center also works to create systemic change through impact litigation. Our work temporarily stopped the Tarrant County District Clerk Thomas Wilder in Fort Worth, Texas from limiting indigent litigants’—lower-income people with an inability to pay court fees—access to the courts. 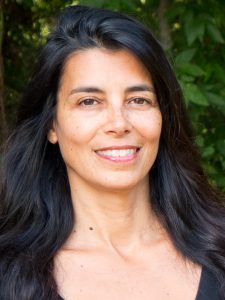 Lee A. DiFilippo is an attorney who has a passion for using her legal skills to ensure that Texans have easy and affordable access to the courts.

Prior to launching DiFilippo Holistic Law Center, Lee worked for many years as a business transactional attorney at traditional law firms and public companies. Lee’s life changed when she moved to Austin, Texas and began representing survivors of domestic violence and sexual assault as a volunteer attorney at Texas Advocacy Project, Inc. While volunteering, Lee felt the power of the judicial system to protect individuals and change lives.

Shortly thereafter, Lee accepted an offer for a senior litigation attorney position where she provided direct representation to individuals who were encountering systemic barriers to justice in the court system and with law enforcement across the state of Texas. Lee litigated cases that had the potential to impact the ways that courts and law enforcement respond to all individuals—not just her clients.

In addition to litigation, Lee also assisted individuals, who represented themselves pro se, with divorce and child custody, support, and visitation matters.